We number around 250 people of all ages and from a range of backgrounds, most of whom participate actively in the life of the church. This page introduces some of those in key positions of leadership and responsibility. Chris is married to Helen and they have four grown-up children. He has been Senior Minister since 2000, having previously served in churches in Hull and London. A long time ago he worked as a design engineer. He enjoys watching most sports and playing some, walking, reading, films and DIY when it works. Andy is married to Amanda and they have two daughters. He joined the church originally as Assistant Minister in July 2014 after his ordination. Andy trained first as a Civil Engineer, then studied theology at Oak Hill College in London before working for St Nicholas Church, Sevenoaks as Associate Minister. After five years at St Nicholas he went to Ridley Hall in Cambridge for further studies. He loves mountains, books, crosswords and good coffee. Born in the West Country, Ben has moved around ever since. After studying in Exeter, he moved to Birmingham to work amongst the Christian Unions with UCCF, before working for Birmingham City University in their research department. Having studied Theology at Oak Hill College, London, Ben is delighted to have returned north as Curate at St Stephen’s. He is married to Rachel and in his free time enjoys Parkrun, films, sourdough baking, and all things Exeter Chiefs.

Originally from Manchester, Helen worked as a Primary school school teacher before moving down south to Birmingham. She joined the staff team in 2005 and loves it here! In her spare time Helen enjoys watching TV and eating peanut butter (the posh kind). 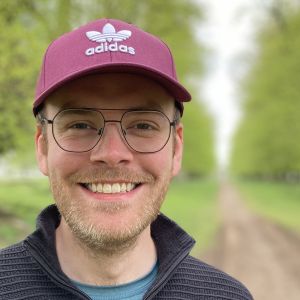 Tom was born and raised in the north of Birmingham, before moving (slightly) southwards to study Physics at the University of Birmingham, where he met his wife, Naomi. Tom joined the staff team in 2017 to oversee our work with 10 to 18 year olds. Before that, he worked as a secondary school physics teacher at a local comprehensive school. He enjoys watching films, drinking lemonade, and fixing things that aren’t really broken.

Laurie is married to Sue. He has been Church Manager at St Stephen’s and St Wulstan’s since July 2019, having previously served in a similar capacity at City Church Birmingham following a period working in finance and administration for the Saltmine Trust. Prior to this he went from working offshore as a geologist to working for HMIT as a tax inspector. He enjoys sports (mainly watching nowadays), gardening, a good general knowledge quiz, and heritage railway visits.