This weekend we are celebrating the 75th anniversary of VE-Day (VE standing for ‘Victory in Europe’). You may be able to remember VE-Day itself. You may take part in some celebrations – at a suitable distance of course. 8 May 1945 was when the fighting in Europe finally came to a halt at the end of World War II. It brought to an end almost six years of fighting, which had taken in countries all across the world, and claimed some 75 million lives. And now the fighting was over.

That final victory was only possible because of the decisive landings of D-Day, almost a year earlier. That was 6 June 1944, when Allied forces landed on the beaches of Normandy. It was D-Day that made VE-Day possible, and not only possible but certain.

There was a Lutheran theologian called Oscar Cullmann who drew this analogy: “The decisive battle in a war may already have occurred in a relatively early stage of the war, and yet the war still continues. Although the decisive effect of that battle is perhaps not recognised by all, it nevertheless already means victory. But the war must still be carried on for an undefined time, until Victory Day.” It’s the language of D-Day and VE-Day. But he’s talking about God’s victory in Christ.

As Christians, we celebrate the fact that the decisive battle has occurred, when God ‘landed’ on earth as a man called Jesus. He died for our sins. He was raised from the dead. He returned to his Father in heaven. From there he poured out his Spirit on his people. Yes, there is still much furious fighting to be done. We fight against the evil in our own lives, the evil in the world, and the evil one himself. Sometimes the fighting is so fierce, victory seems impossible. But it is certain.

There was furious fighting all across northern Europe for the 11 months between D-Day and VE-Day. Imagine a soldier parachuted into that chaos. He might need some persuading that victory was just a matter of time. And yet it was. The decisive battle of the war had already occurred. Although not recognised by all, it already meant victory.

You may only be able to see the furious fighting all around you, and within you. Victory seems a long way off. If so, peer through the fog, and see again the decisive landing of Christ’s first coming. Lift your eyes, and see the final victory yet to come, when our Saviour returns. When all his enemies will be put under his feet, including the last enemy: death (as we read in 1 Corinthians 15). When the devil himself will be cast into the lake of fire, never to rise again (as we read in Revelation 20). Imagine the celebrations on that day! “Thanks be to God who gives us the victory through our Lord Jesus Christ.” 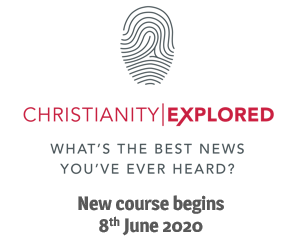