The good news story of the week, perhaps even of the decade, has been the amazing rescue of 33 miners trapped underground for 69 days in Chile. Is is true that, once the miners were discovered alive, their rescue was fairly secure. But, before that, there were 17 days when they didn’t know whether they would make it out alive and their loved ones didn’t know whether they would see them alive again. So it was wonderful to see them emerge one by one, alive and well, to be reunited with those they loved. Only time will tell how they have been affected by their experiences: whether resolutions made will be kept; whether the 33 will remain united; whether they will survive the media attention. For now, though, the collapse of the mine, the miners’ entombment and the long wait has been swallowed in their rescue.

As Christians, we look forward to a day when ‘the saying that is written will come true: “Death has been swallowed up in victory”‘ (1 Corinthians 15:42, NIV), the day Jesus returns. That will be a day when death – together with the suffering that precedes it, and the sin that led to it, and so all evil – will not simply be no more. It will be “swallowed up”, taken in and used by Christ in the victory he has won by being raised from the dead. And there are no doubts concerning our future beyond that. There will be no bad effects from the rescue we have in Christ on that day. And the smiles of the Chilean miners and those who greeted them will be nothing compared to the joy of that day – a joy that can never be taken away and will never fade.

Yours in Christ.
Chris Hobbs 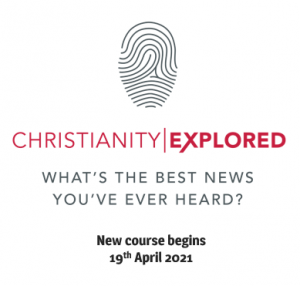